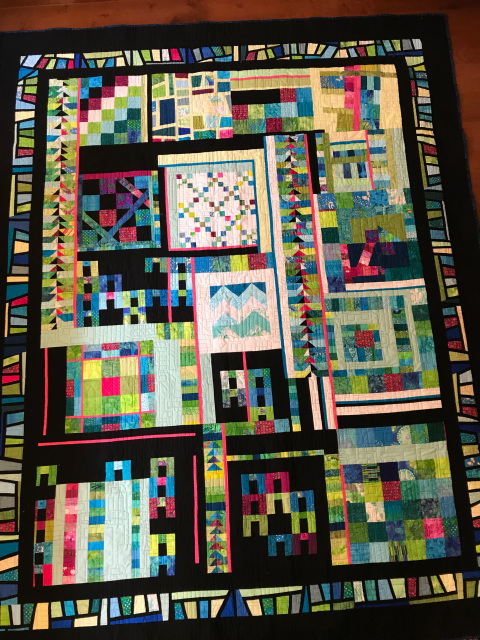 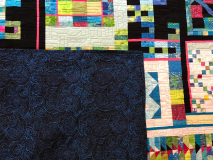 The ten starting blocks of this quilt were made as part of a guild challenge. Additional challenge was provided by using improvisational piecing to put the blocks together into a single quilt using only the original starting fabrics. Black became the background and additional pieced units were made to merge the divergent block designs into the final quilt. The stained glass pieced outer border provided the perfect frame for this quilt. The final quilt gives the impression of a city at night with various lighted windows in sky scrapers. The effect was copied in the quilting pattern called skyline, done in black thread.

Sold out
Add to Cart